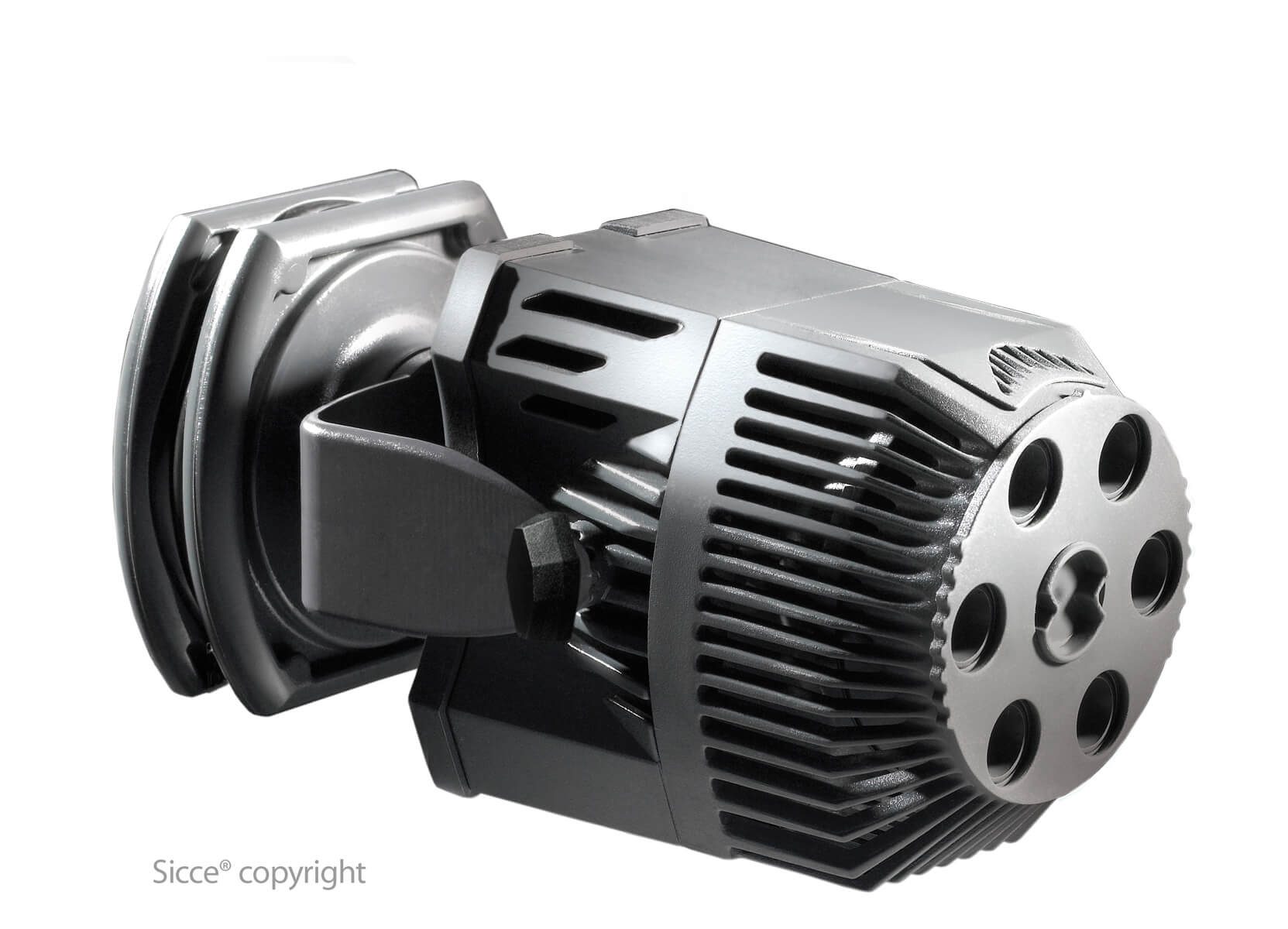 The Voyager 2, 3, and 4 Stream Pump Voyager . . . motion of energy! The Voyager 2 is the NEW stream pump for marine aquariums, reef aquariums, and fresh water aquariums, with flow rates up to 800 gallons per hour. Thanks to the exclusive magnetic support, it can be positioned anywhere: on the sides, behind the tank, and around the aquarium’s corners. Its support permits it to reach the widest angulations: up to 180 degrees vertically and 360 degrees circulatory with endless orientation possibilities.

The Voyager’s versatility in movement and positioning makes it possible to hide it anywhere, always assuring optimal performances. The rotation of the front ring nut allows you to regulate the flow, recreating faithfully the effect of marine currents and satisfying even the most particular of your coral’s needs. And with the most durable rotor and shaft, the unique bidirectional design of the rotor assures that the pump always starts in the correct direction, avoiding the annoying noises. The rotor and shaft of the Voyager are wear-resistant beyond compare!

Most suction cups applied in saltwater tank become stiff with time, compromising their hold and causing the pump to become unstable. The exclusive magnetic support for the Voyager is long-lasting and reliable and is ideal for glasses of 3/4″ thick. The Voyager can be used in fresh water aquariums. In fact, it can be used to raise the deposits from the bottom of the tank for better filtration, contributing to cleaner and clearer water. Maximum inclination, flexibility, silence & reliability – all in one unit!

There are no reviews yet.

Be the first to review “VOYAGER 4 Pump 1600gph” Cancel reply